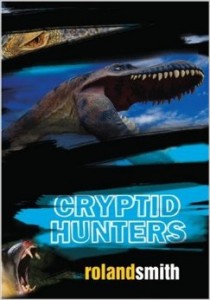 When their parents disappear, twins Marty and Grace, 13, are taken in by their Uncle Travis, who searches the world for supposedly mythical creatures. After a parachute fall from an airplane, the kids find themselves in the middle of the Congo, where a surviving dinosaur may still exist. While their conservationist uncle tries to rescue the children, an evil cryptid hunter who kills species rather than saving them pursues the creature. Marty and Grace each have distinct, if not terribly complex personalities, and their adventures are quite absorbing. The first part of the story moves fairly slowly as the characters and the concept of cryptozoology are introduced. Once the twins hit the jungle, though, things get exciting. Along with the atmospheric setting, narrow escapes, and ruthless villains, a couple of neat personal revelations are woven into the tale, affecting nearly everybody involved. Both kids show courage and ingenuity as they try to survive the wild and avoid being captured. Marty’s photographic memory provides a vehicle for presenting many facts about the environment without detracting from the tale. Grace is more introverted as she conquers her fears and discovers a life-changing revelation about her past. With the intriguing plot and plenty of well-paced action, this novel has fine booktalk potential and makes a good choice for adventure fans.