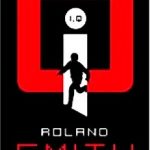 Yesterday after packing, or I should say re-packing, I spent the rest of the day transcribing what I had scratched into the Moleskine the previous week into my laptop. To my horror I discovered several pages that did not need to go into I,Q2. There was nothing wrong with the words except they weren’t necessary. They didn’t move the story forward. I’m not sure what I was thinking when I put them down, but I’m pretty sure the mornings I wrote those words I must have had a bout of “my readers won’t understand!” Lack of faith in your readers can ruin a story, causing the writer to overwrite and over explain. Anything that doesn’t move the story forward, doesn’t just stop the story, it moves the story backwards. It’s been years since I’ve done this. I must have been tired.

The bottom line is that I wasted a couple short days of writing that I couldn’t afford to wasite.  But you just have to throw those words away and move on.

On the bright side…  There’s a point in every novel where it comes together.  This is usually happens towards the end of the first draft.  You can’t force it.  You just show up everyday and write and hope that it knocks on your door.  I’ve been waiting about a month for this and on the flight to Houston it came to me.  It’s like getting a glimpse of  a detailed map with every turn carefully drawn out, then the map disappears, but it’s so vivid you can redraw it from memory.

But what happens in the end of a story affects almost everything that happens before it.  I got to my hotel room and started rewriting the “before” in anticipation of the end.  It will be a late night, but I don’t mind because it’s getting very close now.  I’m not done, but hang with me.  The end is near.

I promised my editor that I would send her the pages that I have tonight so she can start getting a sense of the story and start doing some  edits.  It’s a bit premature, but because we want to have this book out in the next couple of months she needs to get a head start.  Stay tuned!