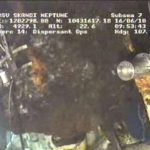 I guess it’s time for me  to weigh in on the tragic Gulf oil spill.  Because of my involvement in the Valdez spill in Alaska (20+ years ago) and my book “Sea Otter Rescue” I’ve gotten dozens of emails from friends and readers asking about the mess in the south.  Below are some of the questions I’ve received and my answers, which some of you may not like, but I have to tell you the truth based on my experience.

The Gulf spill is the biggest environmental disaster in my life time.  It is going to cause unprecedented damage to animals and the Gulf ecosystem for decades.

Are you going to the Gulf to help with the cleanup?  No.  I was sent Valdez, Alaska because of  my expertise with sea otters.  There are no sea otters in the Gulf of Mexico.  The animals that will be affected in the Gulf are birds, fish, dolphins, whales, and mammals that live on the shores.  I’ve worked with all of these animals, but there are people much better qualified than I am to deal with these species.

How can we clean up the oil?  The sad truth is that there is no effective way to clean up an oil spill of this magnitude.  As soon as the rig blew up and the oil started spewing into the Gulf it was too late (just as it was too late when the Exxon Valdez smashed into Bligh reef in Alaska).  This is not to say that we shouldn’t try to do something, but I have to honest here, there isn’t much we can do.  Most of the oil is suspended and flowing below the surface, which means we can’t get to it.

What about the birds?  Our track record with saving and rehabilitating oil infected birds is dismal.  Again, I’m not saying we shouldn’t try, but the mortality rate for oiled birds is probably somewhere around 90%.  Some scientists question the effort and expense of wildlife rehabilitation.  They wonder if the millions and millions of dollars spent on saving a handful of animals would be better spent on restoring the ecosystem.  It’s a valid question, which I don’t have an answer to.

What about the whales and dolphins?   Hopefully, marine mammals will be able to avoid the oil, but if they can’t, and they are injured, and we can capture them (a lot of if’s) we might be able to help them.

What about the fish, clams, oysters, crabs?  There is nothing we can do to save them.  Sorry.

How do we avoid this type of oil spill in the future?  This is the 64 billion dollar question.  We are an oil dependent nation, which means if you have driven in a car, used a cell phone, DS player, or own anything made of plastic… You are an oil consumer.  I’m not letting British Petroleum (or Exxon in Alaska) off the hook, but to find the real culprits all you have to do is to look in a mirror.  We need to aggressively pursue alternative energy resources.  We need to walk.  We need to ride bikes.  We need bike paths.  We need mass transit.  We need to car pool.  We need to be willing to spend a lot of money, out of our own pockets, to get out of this mess we’ve created by our dependence on oil.

6 thoughts on “The Gulf Oil Spill”