I’m not one for New Year’s resolutions.  I prefer to make resolutions everyday (most of which I break), which is why I’ve waited to catch you up on what’s happening down here in Mexico.  Sorry for the rather long entry, but I have a lot to report.

One thing you need to know about me is that I love the results of remodeling, but I dislike the process.  A couple of summers ago Marie and I decided that it would be a good idea to tear the roof off our farm house and put on a new one.  This of course happened when I was at the farm writing, which is very difficult to do when your roof is missing.

Last summer, actually last spring, we decided to remodel our 30 year old kitchen.  The deal was that we would do it in the Spring while I was on the road so it wouldn’t interrupt the writing.  That didn’t quite work out…the kitchen was finished in mid-August just in time for me to hit the road again, and Marie too.  We have a brand new kitchen, but we’ve spent very little time in it as we are down here in Mexico. 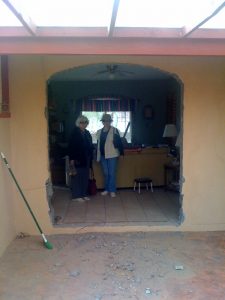 Hole in the Wall

Speaking of Mexico… One of the reasons we came down here was to get away from everything so I could spend several uninterrupted months working on books.

Marie has never encountered a wall she didn’t want to move or punch a hole in.  I knew I was in trouble when a contractor and architect showed up one evening with tape measures.  If this ever happens to you I suggest you don’t let them in.  Marie and her mother said they were just “talking.”  This is code for the workers will be here tomorrow to punch a hole in a perfectly good wall to put in a door.  This was not too big of a deal, except that Marie has a construction standard learned years ago called:  “Perfect is good enough.”  This standard is difficult to achieve up in the U.S.  In Mexico it is untranslatable.  But it is great fun watching Marie trying to explain the concept to the Mexican contractors.

The hole in the wall, which turned into a set of beautiful French doors (which have not reached “Perfect is good enough” yet) have now led to a “small” project of expanding a bedroom, remodeling an existing bathroom, installing a new powder room, which has led to moving the solar batteries, propane tank (i.e. bomb), rewiring (virtually everything), etc.

The irony is that as the “man of the house” the contractors come to me for advice.  As my brother-in-laws can all tell you this is like me going to them asking how to write a novel. I’ve found a new place to hide out and write.  There is a quiet swimming pool a few miles from here with great (meaning normal) internet access.  I can sit there all day while they deliver plates of guacamole to shovel into my mouth as I write the books, although it gets a little bright at times for a laptop.  The woman pictured below has come up with a solution.  I didn’t try it. 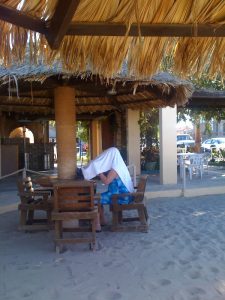 On the bright side.  I’m leaving next week to speak in Arkansas and Texas at schools and conferences.  I have been “assured” that the remodeling will be completed by the time I return in two weeks.  I’ll let you know if that turns out to be true.

Very quiet and very nice.  Marie’s sister, Marcy and family, came down on Christmas day and spent a week here.  They have a house across the street from us. We had a turkey with all of the trimmings.  There were leftovers and nowhere to put them so we put them in sealed pots outside on the patio.  Christmas night we heard a lot of canine activity around the house by the pack of wild dogs terrorizing the neighborhood.  The day after Christmas we discovered that the “wild bunch” also had Christmas dinner…our Christmas dinner.  They devoured absolutely everything outside and licked the pots and pans so clean we didn’t have to wash them.  (I’m kidding about the last part…the pots and pans were washed). 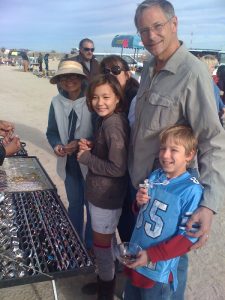 The only people who like solar energy are people who have never used it, or people so wealthy  they have a full time crew to keep it running.  Ours actually works pretty well (we’ll see if this statement holds up after everything is moved to make room for the bathroom and new powder room).  About four o’clock I turn on the generator to top the batteries off, and this also allows us to use anything we want to use in the house including the DVD player.  Every couple nights (before we go to sleep at 8PM) we slip in a DVD, most of which I think were picked up at the Saturday Swap Meet…all of which I’ve seen.  Our favorite two so far?  “Support Your Local Sheriff” which was filmed in Oregon.  And “Tora! Tora! Tora!”  which we watched  over a period of two evenings.  Surprisingly, my niece and nephew, Anna and Josh, were fascinated by this movie.  We gave them a copy of Graham Salisbury’s wonderful novel “Under the Blood Red Sun” to read as a companion story. 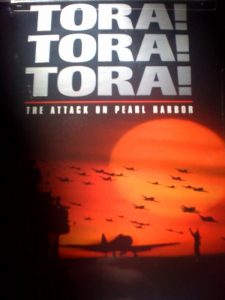 The rest of the evenings are spent writing and reading.  I’ll give you a list of the books I’ve read while I’ve been down here in a later entry.

We haven’t been on too many of these unless you count the 8 mile drive into town to eat every couple days.  One evening while we were in town eating we met a young woman who was supervising an archeological dig on the beach.  They discovered a 2,500 year old garbage pit.  We took a drive out to where they were digging to talk to them about their find.  Very interesting.  And they were very interested in the oatmeal cookies Marie’s mother baked for them. 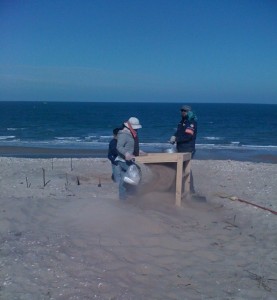 Last weekend we drove to Algadones on the border having been told that it was the best place to buy eyeglasses.  The last glasses I bought were in China about five years ago and I was long overdue for a new pair.  In China I think I paid $80 for two pairs.  In Algadones it was about $100 a pair, but this included the eye examination.  Still a good deal compared to the U.S.  And I had them on the bridge of my nose in two hours.  The frames were made in China.

For those who didn’t get a chance to see it on New Year’s Eve I can report that it wasn’t blue.  And this was a wonderful place to see this relatively rare occurrence.  The photo doesn’t do it justice, but it was absolutely beautiful. 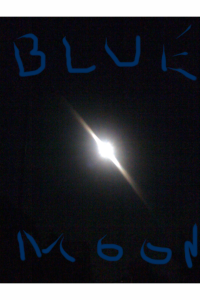 This is what most of you are thinking about.  Despite the minor interruptions down here the writing is going well.  I’m working on three books (something I absolutely don’t recommend), and all of them are getting close to completion.

The novel: (Un-named) for Dial is actually finished.  I have the edits and I’m slowly but surely incorporating them into the manuscript.

I,Q Book Two: The White House (Sleeping Bear Press):   Three-quarters of the way finished.  But it will still be awhile before it’s out.  I have to finish it, then it has to go through the editorial process, which will take some time.  I’m still hopeful that it will be out late this school year, but we’ll have to wait and see how it goes.

Code Red (Scholastic):  I’m working on the first novel of a three part series.  The series will not be called “Code Red.”  That’s just a code name.  With some luck I’ll have the draft in the Moleskine finished by the end of the week, but I still have to transcribe the hand-written scribble into a computer, which is part of the revision process.

That’s all folks…  I’ll be making a lot of posts in the next few weeks up in the States as I fly around. 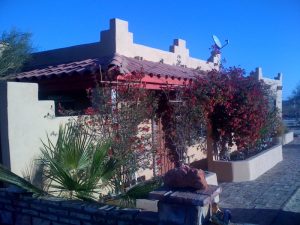